As I sit here alone in Yerba Buena Gardens, I realize that these moments are rare. My children have opted not to accompany me as we drove to San Francisco for R’s class. I warned them, the middle in particular, that we wouldn’t have a repeat of last weekend. We wouldn’t wander around our favorite stores, we wouldn’t dine at our favorite ramen place, and we certainly wouldn’t be wandering around the touristy parts of the city.

To which the middle said, NO THANK YOU.

Not that I blame her. Last night’s Target rum turned into a quick side trip to PetCo, the middle’s new favorite store. As the new and proud owner of a pair of guinea pigs, A’s frequent visits to the store allows her to be an informed “mom”. There was also a side trip to L&L Hawaiian Barbecue, a much needed comfort food for me after an emotional week.

Buddy, our fierce protector and loyal companion especially while R was stationed in Virginia, was diagnosed with end stage cancer and died all within two hours. I was his human and he was my dog.

I failed my kids and did not bring back our dog after that trip to the vet that turned into a side trip to the ER of a vet in Sacramento.

We are all still broken. It looks like we’re better but really, we’re just getting used to being broken.

Since having children, there haven’t been a plethora of moments where I have sat in silence and alone.

And as a mother, I knew that. I knew that I wouldn’t have a lot of time to myself.

I had a lot of time to myself as a newlywed. Too much time. R was deployed longer than he was home. Still, I am not afraid of being alone.

Now that the kids are 17, 14, and 11, I still don’t have a lot of time alone and that’s okay. Moments with them I am now realizing are finite and will begin to taper off as the boy begins college next year and now high school and middle school for the girls. I savor them even if they sometimes drive me nuts. In all honesty, if my biggest complaint about them is how they flaunt improper grammar knowing it hurts my teacher ears, then we’re alright.

It feels like the universe has delivered my life to me right here and right now. Listening to older Asian women walking by with their metal canes and speaking their native language that I don’t understand yet sounds like a melody with their hushed voices. The church bells have been playing Vivaldi and other songs for the past ten minutes. The sun is awakening the park slowly, taking its time for the Saint Patrick’s Day parade that begins in an hour. Sometimes I’ll hear the piercing sounds of bagpipes rehearsing in the background but they are no match for the persistent bells. As the shadows retreat, more people appear in the park. Dogs are walking their humans. Rolling luggage are being walked by their tourists. The bells play Auld Lang Syne plays and all is well. 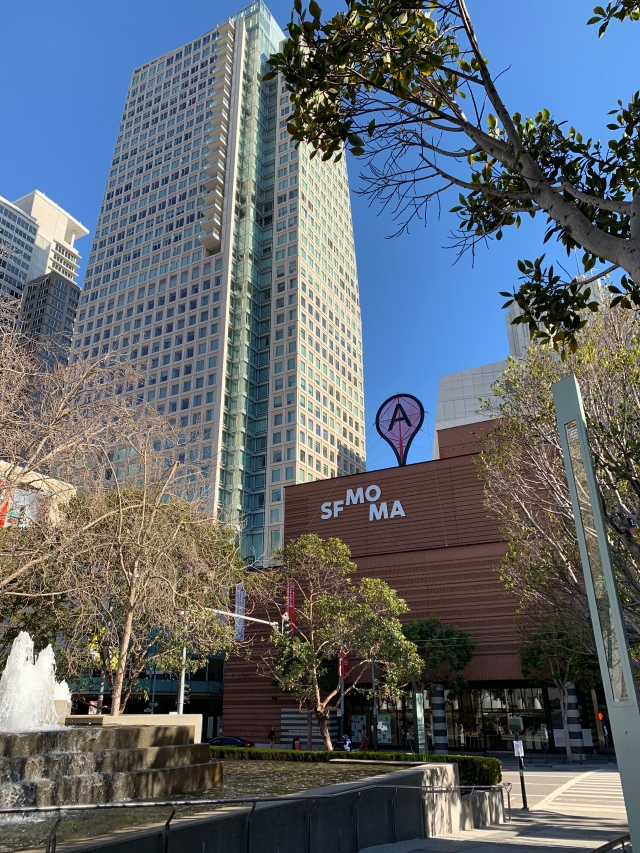 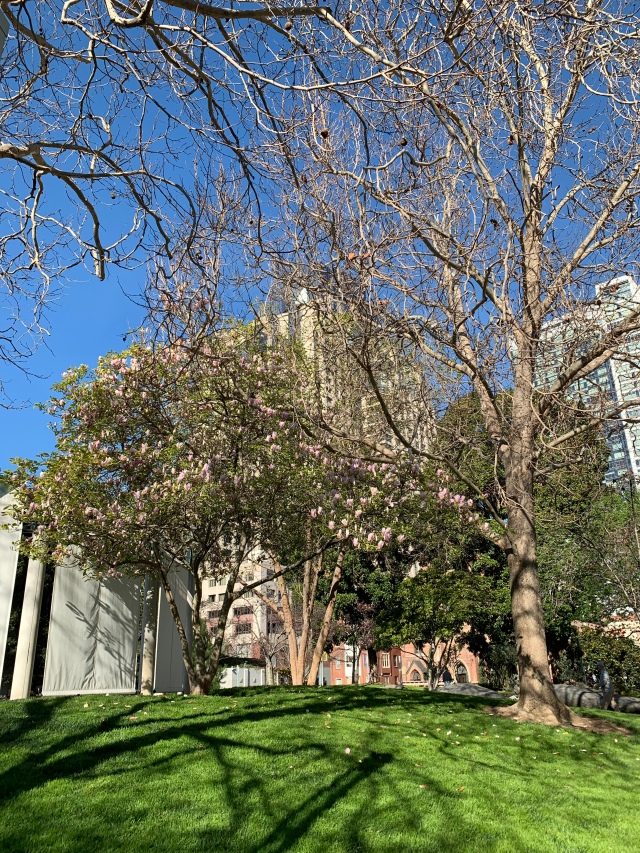