Hope you had a wonderful holiday season! We have been fortunate to spend time with family and friends, near and far.

Right before Christmas, we drove to Los Angeles for a much-needed vacation to the happiest place on earth… Disneyland! Because of the new movie Star Wars: The Force Awakens, there was so much excitement in the air. I tried to cosplay as a StormTrooper but was quickly shot down by security, no pun intended. Evidently their rules had changed in the last 48 hours to a ban on cosplay for adults.

I was able to quickly get these pics before I got kicked out! No, I didn’t get kicked out though I wonder if the kids will say to each other, decades later, “Remember the time we went to Disneyland and Mom almost got removed from the park?”

Noticeably absent from the pics is my husband R, partly to save money but mostly because he just can’t handle the crowds anymore. He expressed his dismay and believes that he is getting worse but really… Everyone hates crowds! Even I have to take a break from it all and return to our hotel room to take a breather. My happiness and adrenaline level probably outweigh my disdain for crowds. Maybe one day he’ll join us but it’s not something I push or make a big deal over.

While I love seeing my family on Christmas, I hate traveling so we opted to stay home. We went to church on Christmas Eve so I could assist with the CFF classes when they performed during mass. 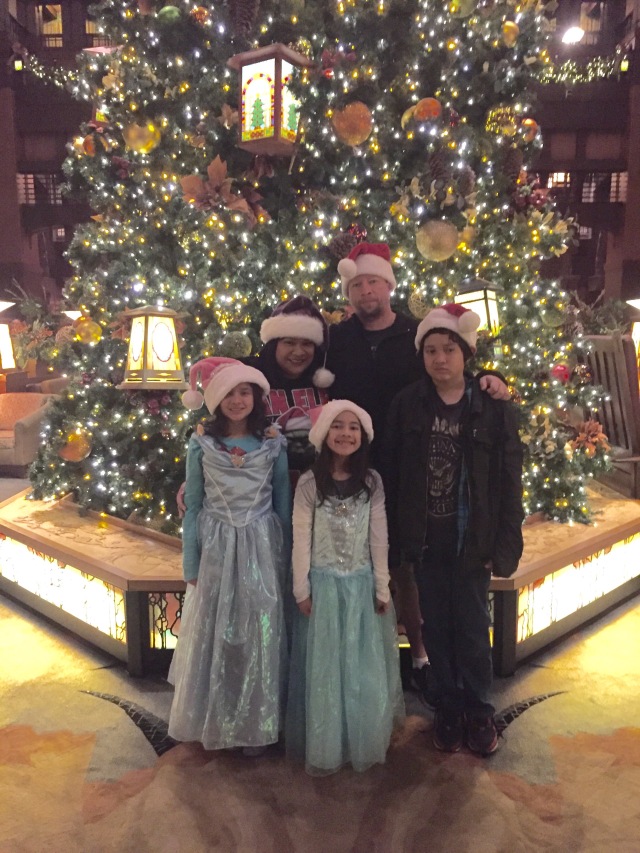 At the Grand Californian Resort in Anaheim, CA

The spirit of giving is very much alive in our home. L, at only 8 years old, gave all of us handmade Christmas cards. A, who’s 10, used her own money to buy all of us chocolate bars even though they still had plenty left over from Halloween. She even bought cat toys for our old tabby and a chew toy for our dogs to share. And while the boy didn’t give us anything to open, his kind manner sets the tone for his younger sisters. For that we are grateful.

Our New Year’s celebrations have always been low key as we’ve found the older we get, the less alcohol we consume. We actually stayed up until midnight with family and friends, a first for the two younger kids. 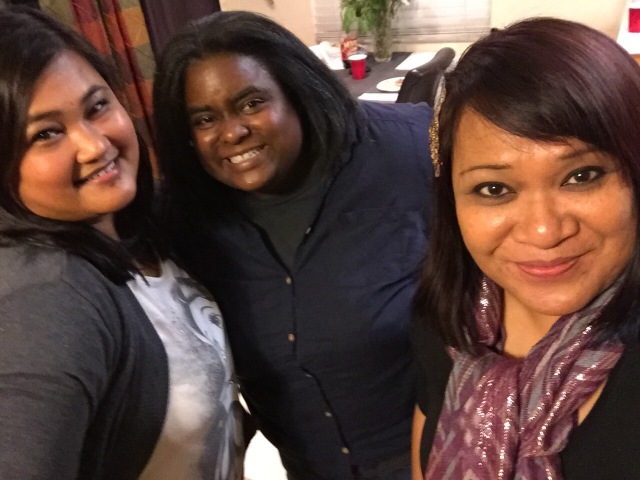 On Monday the girls go back to school. They’ve been off since Thanksgiving break so I can imagine how difficult it will be to wake up… Even more so for R and I though! We’re going to have to be more awake than them to wake them up!

The boy and I go back on Tuesday. I’ll make sure I have my coffee machine ready then.

In the meantime, happy new year from all of us, wherever you may be. Here’s to a prosperous and blessed 2016! 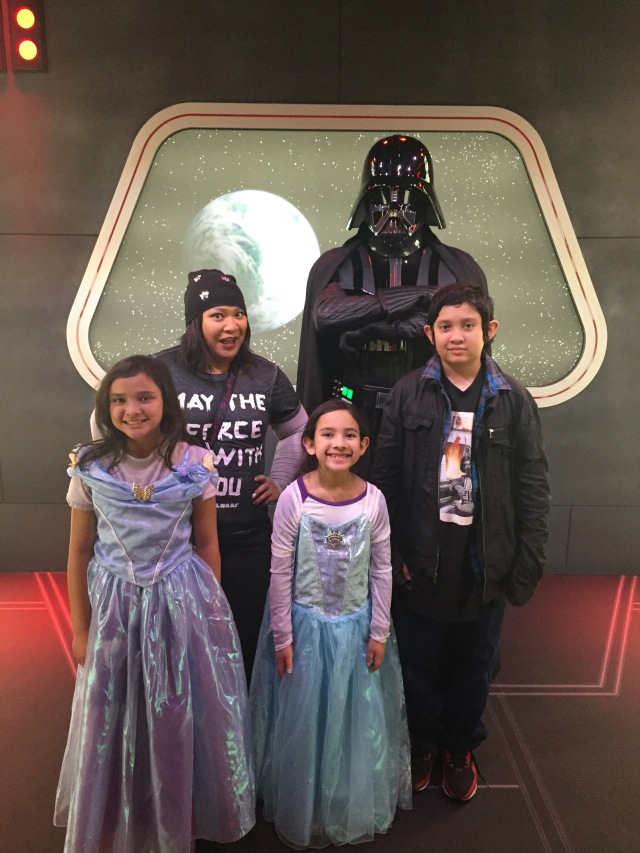