I had no idea. I thought he was going through the same issues as last year in seventh grade: discovering what true friendship really means, being the big fish in an even bigger pond, and realizing that you’re “over” this whole school experience.

When my son M first told me one of his friends (who were no longer his friends) was being an asshole and said he was too good for my son, I felt extreme sadness for M. I didn’t know how I could help; unless he was being bullied or targeted, this was something that he was going to have to go through on his own.

I reminisced about my own formative years in junior high and came to the conclusion that I too was miserable. I had a small clique of two or three girls with whom I lunch but they turned on me within the first few months. What had I done? Was it because they realized I still didn’t wear a bra in eighth grade? (Why would I? There was nothing there until college!) Was it because unlike them I had zero interest in the opposite sex? 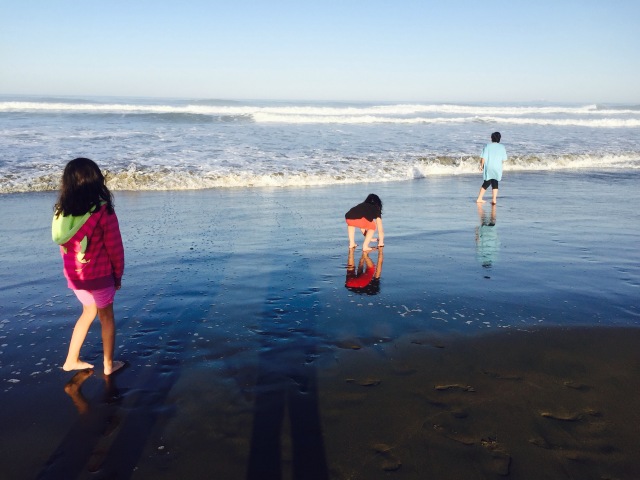 They were my friends one day, my enemies the next. These girls had gone so far as to flip me off repeatedly in class when the teacher wasn’t looking and even put an ad in the weekly school newsletter addressed to me: IT’S HIP TO BE SQUARE.

It has been almost thirty years since junior high and I had forgotten all about that. Even now, I am friends with a couple of these girls on social media. They never apologized nor had I ever sought one.

Why had I forgotten about these terrible experiences? How did I manage to let these memories slip from my mind? Were they that bad? How did I overcome the behavior of these bitches?

I don’t remember confronting them about how they were treating me. I probably thought that that would make it worse. I honestly can’t tell you if I was a bitch myself. I can tell you that I never once feared that I was going to get physically harmed and for that I was prepared. My father taught me how to defend myself when I was in elementary school.

The same cannot be said for my son.

Last week he revealed to my husband R in a top secret conversation that some kid who had been tormenting him for the past year both at school and at church (!) had punched him in the stomach! I was heartbroken, livid, and every other emotion you could think of yet R had told me that I could not do anything about it.

“He told me in confidence and if you talked to him about it, he would never trust me again.”

My self-control was tested at that moment… And still is. I WANT to tell the school about this kid, I WANT to find out who this kid is and have a presumably heated conversation with his parents, I WANT to tell my child to fucking defend himself if ANYONE lays a finger on him or his sisters.

I sent an email to his counselor and his teachers to check up on him without revealing any details but I have yet to hear a reply from anyone. I’m trusting my husband to take care of this. I’m trusting my other half– most times, my better half– to make this call. He should be able to after being away for so long.

Last week was M’s first catechism class at church. We changed his weekly meeting days to better accommodate his school schedule. And then it happened.

This kid, this same fucking kid, was not only in his class but also in his small group AGAIN. This kid constantly asked kids in his catechism class if they had any markers he could sniff! In a church group, I know! Students tended to avoid him and if he’s so bold to ask for markers to sniff in his church group, I can see why.

I had to tell myself to get it together. He doesn’t know you know. I said as calmly as I could, “You know, the director of your catechism is a friend of mine. I could ask her if you could switch groups.”

Right away, he refused. He said that it wasn’t worth the trouble for just one kid.

I was floored. This kid had assaulted him at school and caused him to go to the bathroom for his lunch period. Could it be? Could my kid see beyond the curse and doom of junior high? Or did he fight back? Did he feel sorry for this kid? WHAT HAPPENED?!

I don’t know the answers to this a dozens of other questions filling your mind and mine as well. One thing is for sure, I will be a more a listener than a reactor. Junior high is over halfway done for him, thank the Lord.