Earlier this month we went to Southern California and packed a whole lot of fun in four days.

We drove to the Hollywood Walk of Fame where I quickly realized that my husband T still has extreme anxiety in crowded areas. I can, at only 5’2″, zip around and in between hordes of people while R, who at nearly a foot taller, cannot avoid oncoming people without feeling like he’ll accidentally run into someone. Needless to say, we had to leave quickly.

That I can do.

I can also plan ahead.

For some reason, Universal Studios was open two hours earlier than usual and we took advantage of that! We got onto the Studio Tour right away and got a sneak peek of the Fast and the Furious attraction. It was so cool! The Studio Tour has changed very little since I was little. Here is a clip I captured of my favorite part of the tour: Universal Studios Hollywood Studio Tour– Jaws Only

The following day we drove to Long Beach to check out the Aquarium. We went on our first whale watching cruise ever and had a blast! We were so excited to see this pod of dolphins and then couldn’t believe it when the dolphins followed and surfed next to us.

We saw a couple of whales

and had even more fun in the aquarium. 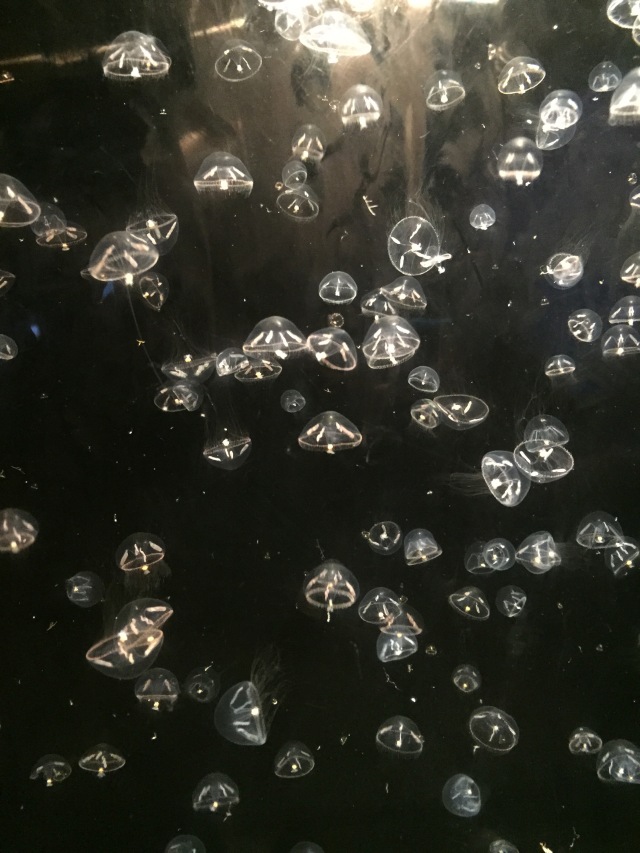 We live a couple of hours from the ocean so it felt amazing to smell the salty air and see and touch the Pacific.

I hope we can make our way down to SoCal again soon!