R spent the night in Kansas. He’s driving through Colorado right now and hoping to get to Utah before he stops for the night. 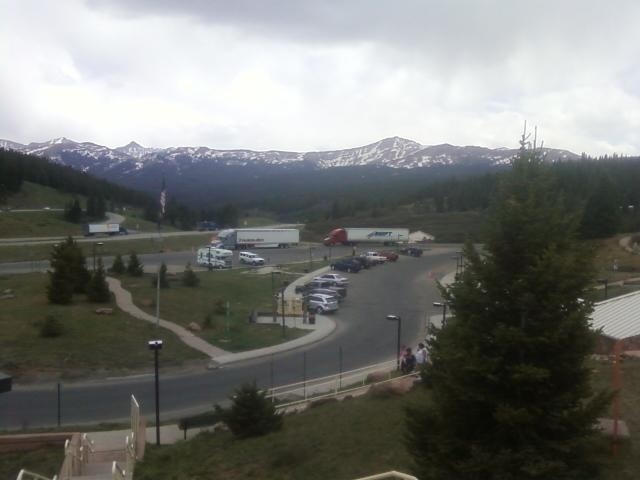 The kids still don’t know that Daddy is on his way home! We’ve been keeping busy. Last weekend my cousin’s younger son graduated from high school. When I left California thirteen years ago, he had just started kindergarten! Now look at him!

You would think that I would know everyone’s names at my own cousin’s party… I didn’t! She has a ton of family on her mom’s side (our dads were brothers) not to mention her fiancé’s family.

Still, it was nice seeing aunts and uncles I hadn’t seen in over a decade. It was wild to think that all of these teenagers used to be little kids running around the parties. While the kids have gotten much older, belonging to a family never does.

We got to the mall where the party was held early so we went to Starbucks.

The grad with his older brother, now a junior at Fresno State. 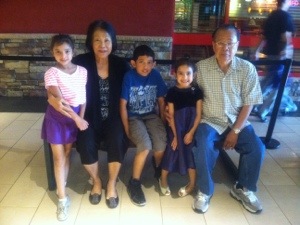 Speaking of YUM, a couple of boys wanted to try CHICKEN FEET. They were far braver than I! 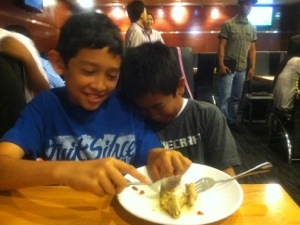 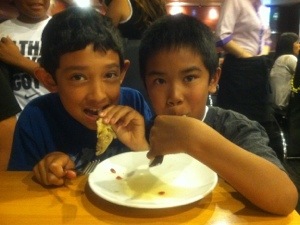 I think they liked it! None for me, thanks.

We had a wonderful time! 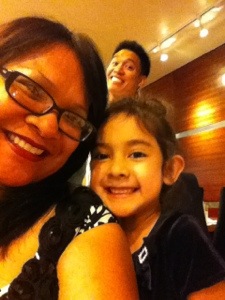 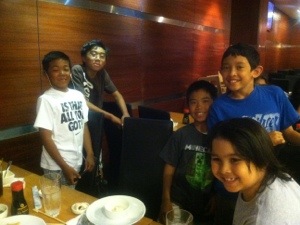 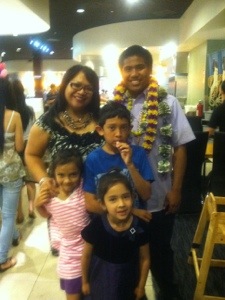 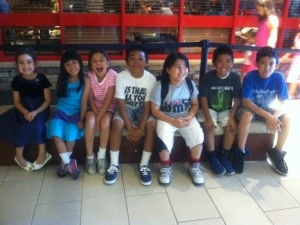