“Mommy, why don’t we ever listen to music that my friends listen to? You know, like current music?”

Excuse me? “Raspberry Beret” and disco and hair bands from the 90s aren’t current?

I knew the moment I heard Fergie’s “My Humps” that I was a parent. Never really listening to the words when I listened to my bass-heavy music from my clubbing days, I was acutely aware of what HUMPS Fergie was referring to and was damned if I ever my daughter (then two years old) singing that song. 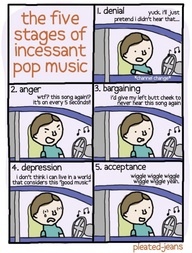 “The biggest reason why I don’t listen to the music in the car is that it’s inappropriate for kids. It’s written for people who are in their 20s and 30s who like to go out with their friends and drink.”

I went on about stereotypes, how some of of the songs call women terrible names and treat them poorly, not to mention sex and drugs.

I’m lucky that I can have a frank discussion about these topics with my eleven year old. We’ve always talked about things like that, topics that have yet to be covered by my mother with me.

“Why don’t you tell me why you think you should be able to listen to this music without saying ‘because all of my friends listen to it‘ and I will listen to your reasons?”

He thought about it for a long time, knowing he couldn’t list the only reason that was to be the foundation of argument. He came up with “Well, you did say that I’m very mature for your age.” 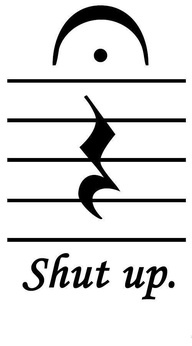 I’ll give him that one because I did say that.

In the end, I came up with the compromise that I would sometimes listen to today’s music in the car but would change the channel if an inappropriate song came on if his sisters were in the car. However, he could listen to this music in the privacy of his own room with the door closed with the understanding that he would come to me, Daddy, or my brother if he had any questions about what he was listening to, not his friends.

He grudgingly agreed but so far has made no effort to listen to the music in his room. He wants to fit in but is too lazy to make the effort.

And that’s fine by me. 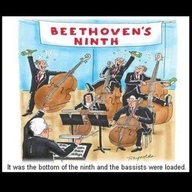