I gotta say. I am pooped.

I’ve subbed nonstop since last Monday and finally taking a break tomorrow. Oddly enough, I will still be at school, volunteering for a PTA function.

Today I subbed for a teacher who had a free first period but had to fill in for a teacher who did not have a sub. These kids were shuffled to the library where another sub (for the librarian) was trying to hurry up and get book inventory done. “They just sent to kids to me because there aren’t any more subs,” he said.

A few of the kids were studying while the rest were checking out animal videos on Youtube. One senior tried to tell me that the Honey Badger videos were animal videos too. Science class.

Some of the kids wanted to go back to class so I thought, “What the hell? Let’s go back to their class and I’ll finish the lesson that the teacher had planned.”

We get back to the classroom and the teacher is in there with another teacher having a conference.

What…?! Were they actually having a conference? Did they have something else going on later? OR ARE THEY JUST HANGING OUT?

I’m going to give him the benefit of the doubt.

So I apologize for interrupting him, the teachers leave, and I search high and low for sub plans. Only there aren’t any.

I ask the kids, “So what are you doing in class?”

On the board is the date… from two days ago. On the board are numbers that refer to a stapled packet. Nope, no objectives. No agenda. Just page numbers.

I look at their packet. One sided. Four pages. Fill in the blanks. No essays. No comparisons. No diagrams. Nothing.

“When did you get this packet?” I inquire.

“So… you don’t need me to teach anything? Show a video? Lecture?”

“No. He already did on Monday.” 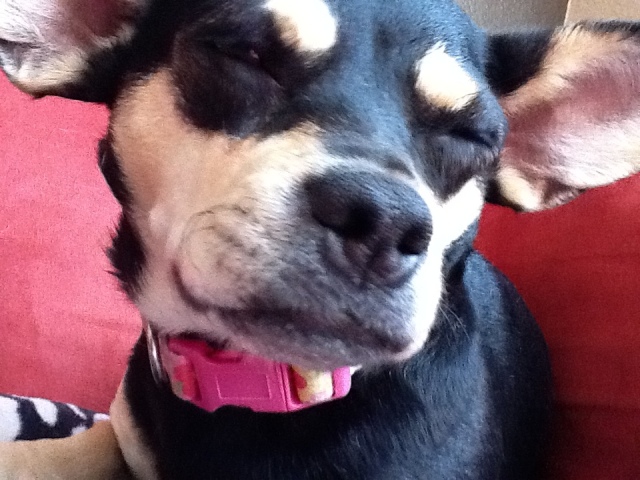 But this teacher gives the class all week to do four fill-in-the-blank pages? Are you kidding me?

I’ve been subbing in a math class as well. The lesson plans call for a lecture and then classwork, with the classwork turning into homework if not finished in time. The period is ninety minutes long.

In a math class at a different school, I lectured for about an hour and the kids had the books in front of them. They wrote everything down for an hour. I gave them practice problems that we did together and then we moved onto another lesson. At the end I’d give them independent practice for problems. They worked the entire ninety minutes from the time the bell rang to signal the start of class to my “goodbye” to signal the end.

So this lecture is fifteen minutes and they get their classswork, two-sided. Most finish easily within a half an hour. Some need one-on-one help and I give it to them or once I’ve taught one student how to complete a problem, I will ask him to explain it to another student who’s having the same difficulty.

And then there are AT LEAST forty-five minutes of dead time. Dead time for them to goof off, for me to get mad, for them to walk around, for them find trouble. And who’s fault is this?

It’s mine. They understood the objectives. They finished their work. They are done.

I said in every class, “Look, you guys are a little too noisy because you are brilliant. We finished our lesson in forty-five minutes and you are all done. Yep, I am going to ask your teacher for two lessons per class!”

They groaned, of course, but if I know teenagers (and I’m starting to understand them more and more with each passing day), they’ll rise to the challenge.

There was a student in one of the classes today and with his loud mouth and obnoxious outbursts, I really should have called security within the first ten minutes.

Finally, he walked out of the classroom without permission and I ran after him. “I have been WAY lenient here,” I said. “But if you don’t sit in your seat right now, close your mouth, and do your work, I WILL CALL SECURITY.”

Even later on in the period, he said, “Man, you don’t even like me.” I stood next to him and said, “If I didn’t like you, you wouldn’t be sitting here right now.” I think I may have given him an a-ha moment.

Another kid excused himself without permission but I remember him when I subbed for a different teacher. He had a few anger management issues but let me tell you, the kid was brilliant and I was excited to see it in another class. After the lecture, I went outside to check up on him. He was sitting on the ground, almost in tears, and talking to another student. He explained, “I have to talk to someone. There’s something going in my family… [I take a breath to suggest going to the counselor] and I already talked to a counselor.” I took a deep breath and nodded. “Alright,” I said. “Come back in when you’re ready.”

When he came back in, he was ready to learn. Another kid in the class who wanted to check up on him earlier was trying to tell him a story. I looked at him and said, “Hey, you want to help him out? Help him with what he missed just now.” And they finished in record time while sitting next to me.

At the end of the period, some kids brought out these toys called kendamas

and I was joking how they should accidentally hit me so I can quit working and get disability. The same kid says, “Nah. You can’t. You’re a good teacher.”

Oh my. Holding back tears. Ah, holding them back. Phew.

“But I’m a big meanie,” I protested. I can’t let word get out that I’m nice. What would that do to my reputation?

DAMN SKIPPITY, RIGHT? (No, I did not say that out loud.)

I’ve noticed a lot of different treatment between classrooms. It’s quite disturbing actually. I know that children are going to be “tracked” and assigned to classrooms according to their test grades and ability levels. I know that. I get that.

What angered me is that why wouldn’t you presume that the kids in the lower-level classes want something more? Why aren’t we pushing them? They need it more.

I told this particular science class that there was to be a college informational meeting tonight at their school. One senior had no idea and he looked really interested in going. I got on the phone and double checked with the principal’s secretary (because clearly she knows everything). I made sure this dude wrote this down.

I do care that a substitute teacher was his only champion that period.

Then I noticed all of the fliers in the science teacher’s class. Job skills workshops. Adult education after graduation. What is this teacher and perhaps other teachers assuming about their kids? Why should this senior be denied information about going to college? Why didn’t he know?

Yes, honors classes have gotten this announcement about college information night all week. I have read the flier a million times to a dozen classes and yet this kid didn’t know.

In a sense, they are all my kids.

In a sense, they are all OUR kids.

4 thoughts on “Are You Angry Yet? YOU SHOULD BE!”