I am going a little crazy with the iPad so bear with me. Apparently nothing is more amusing to me than catching my kids doing something silly. This clip is of my daughter A making a birdbath

and another of both girls allegedly cleaning their room. OMG…

So over on Wife of a Sailor, Wife posts questions for other bloggers to answer on their own military spouse blogs. (Still with me so far?) And since the kids are already in bed, I thought it might be fun to fill this out while watching The Big Bang Theory reruns and fighting the urge to eat the rest of the pint of Haagan Daaz hidden on the top shelf of the freezer. I have savored every spoonful for the last two weeks. I can’t eat a whole pint in one sitting. I know, I’ve tried!

1. What’s one thing in the past month you would have changed?
Eat less junk. Make less excuses for eating junk. I think I’ve blogged about this before but when my husband is home we go into “Eff it, we’re on va-cay!” mode and we ignore the little voices in our heads telling we shouldn’t eat massive quantities of fattening food.

Dang it! Every single time!

2. What was your favorite thing that happened in May?
This girl 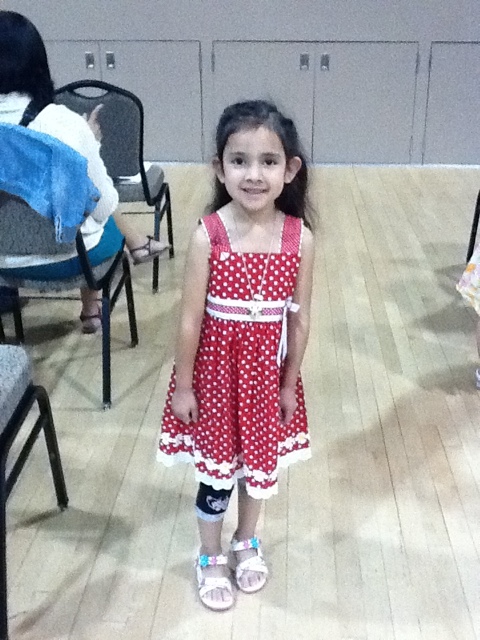 graduated from preschool. I know, I know. I am a dork for making such a big deal out of a preschool graduation but she’s the youngest child and my husband couldn’t be here for it. For any of it. But here’s a video of L saying hi to Daddy.

3. June includes the first day of summer… what are your plans for the summer?
The boy loves going to karate so I know that will take most afternoons. I think we’ll probably spend most of the summer in the gym. Mornings for Zumba and swim aerobics, afternoons at the gym pool and/or a couple of fun classes like Hot Hula. It gets so hot in Sacramento that I will go anywhere there is A/C or a pool. Wait, also has to be cheap too. Seeing as we already pay for a family gym membership, we’re good.

4. Do you use the services on base (gym, financial planning, family services, daycare)? And if so, what’s your favorite one?
We don’t live anywhere near a base. The closest commissary is a half an hour away but Travis AFB is an hour away. When we lived outside of gate 5 of JEB Little Creek, I took the kids to the beach on base all the time. What’s not to love? Free parking, no crowds. It was great. I also loved walking to Starbucks a couple of times a week. Awww… makes me remember when I used to walk M to the bus stop then put the girls in the stroller to go for a walk to the Starbucks on base. Also, I used to push L in her stroller around the track while the older two rode their bikes in circles around me. Those were fun, but lonely, times. When R wasn’t deployed, he was always gone at trainings.

5. What are you looking forward to in June?
The kids will end the school year in a few weeks. We don’t have any plans for the summer since (1) I am trying to watch our spending because I won’t have any work as a sub for several months, (2) the kids will go back to school in July for the new school year, and (3) R isn’t coming home for a while. I’d rather save our pennies for his plane trip!

This is a project my son did. He had to draw a self-portrait

The resemblance is uncanny, non?

and fill out this questionnaire.

I asked him why he drew chicken legs all over the paper. He said he was hungry. That’s nice. Oh, I like the part about how he becomes famous because he defeats Chuck Norris.