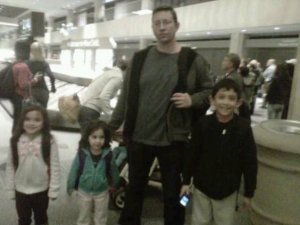 The first time I tried to Twitter I got followers too fast. Like five in the first minute. It freaked me out. Why would someone want to follow someone they didn’t know? Why would a stranger want to know what I was thinking or doing or saying in 140 characters or less? Why follow me?

I didn’t get a chance to figure any of that out. I didn’t even tweet once. I deleted the account before the vast Twitterverse sucked me in.

And I don’t know why Twitter called out to me a couple of weeks ago. Maybe my favorite gossip columnists were revealing blind items on Twitter. Maybe I was envious my friend was following LeVar Burton of Reading Rainbow. I mean, come on. LeVar Burton? How could I resist?

Aside from friends who have Twitter accounts, I’ve found that I can categorize who I follow into two groups. The first fulfills my creative side. I follow authors (yes, Judy Blume and Neil Gaiman tweet!), publishing companies, agents, and everyone I can follow in the writing world.

The second is rather obvious. I follow all things military. I am tempted to follow the Royal Navy because why not? I follow the White House, the USO, and charities and organizations dedicated to military families. Included in this category is military spouses.

From snarky to serious, active to retired, the variety of tweets and blogs is immense. There are blogs that focus on recovery after accidents, Wounded Warriors, PTSD, family life, careers, and the list goes on and on. No matter what the subject matter, there is a huge sense of community on the internet that didn’t exist a decade ago when I first picked up the Navy wife label.

Not that there isn’t this community on military bases. There is. But jumping into a complicated social circle who’s dynamic constantly changes is intimidating. Even more difficult if everything that was familiar to you, your family and friends, your education, and/or your career, is no longer within arm’s distance. Sometimes the social circle is impenetrable.

But with the wonderful world of the blogging, tweeting, Facebook, and all things internet, you can find support in any way and at any time.

A woman on Twitter posed the following question this afternoon: “To all you military wives and girlfriends, bearing in mind the heartwrenching months your husband or boyfriend is away, would you still fall in love with him and live your life with him?”

She got a few responses, all saying they would do it again.

Then she got mine: “To quote Sex & the City, ABSOF*CKINGLUTELY. Pardon my Bradshawism.”

She tweeted back: “How do you cope with not seeing him for months?”

I didn’t hear back from this woman. Perhaps she was inundated with private messages of support. Maybe she was offended by my Bradshawism.

Whatever the case may be, how awesome is it to be instantly connected to people who live a similar lifestyle, to pose a question or two and have it answered immediately, to have dozens or hundreds WANT to support you and give you answers they themselves may not have had a decade ago.

While I have no regrets about the life I’ve lived, I do wonder how different my early experiences as a military spouse would have been if all of this were around back then. Would I have felt less alone? Would I have had more answers?

All I know is that if I lived my life any other way than I already have, I wouldn’t be where I am right now. And right now it’s pretty good.

4 thoughts on “Would You Go Back and Do It All Over Again?”