Even more amazing that my husband was in a wheelchair this time last year.

My husband was serving his third tour in Iraq when the driver lost control of the vehicle. The humvee rolled over three times into the shoulder. It wasn’t combat related; no IEDs involved. R was in the back seat of the humvee with another soldier. The two in the front had a few scratches while the soldier sitting next to him suffered from a concussion.

R was not wearing his seat belt which was a common occurence out there. During the rollover his car door opened and R  fell out of the car, car door slamming shut into his pelvis, and was thrown out of the vehicle.

R remembers lying down in the middle of the road while a friend lifted the car door off of him. He wondered why he couldn’t get up. People around him rushed to tie turnicates around his hips and his left thigh. When R asked why he needed a turnicate around his leg, one guy said, “Oh, it’s just a scratch.” Fast forward years later and you can still see a chunk of his leg missing.

It took roughly four days to get him out of a sand storm in Iraq, through Germany, and then onto National Naval Medical Center in Bethesda, Maryland where our children, his parents, his youngest brother, and I finally saw him.

Thinking about that week, that first time I saw him, still renders me speechless and hurts my chest like breathing in freezing cold air.

R’s injuries baffled doctors. The orthopedic surgeon revealed he rarely saw serious cases like R’s because people didn’t survive these kinds of injuries. R’s pelvis was fractured in seven different places, his urethra was severed, and nerve damage was quite extensive. Surgeons warned that he may never walk again, may never regain nerve sensations in his lower body, and even suggested amputation as a possibility. He had at least three surgeries while in Bethesda to align his hips and repair his right foot.

My husband had external pins in his hips and was bedridden for two months. He was able to sit in a wheelchair for ten minutes at a time before he left Bethesda. R was transferred to the VA in Palo Alto, California via Travis AFB where he increased his time his wheelchair a little every day.

In August 2010, four months after the accident, he stood for the first time since Iraq. He used a walker for two weeks and then moved to using a cane.

My husband was released from VAPA in October and received physical therapy a couple of times a week. He had surgery in November to repair his urethra.

I read and reread this summary of what has happened to my husband in the last year and know in my heart that it doesn’t do justice to what he has gone through and what our family has gone through. There were hundreds of hours of therapy (individual, couple, and for the kids), long commutes to the Bay Area, and many conferences with the kids’ teachers. Post traumatic stress disorder. Traumatic brain injury. Long talks with the oldest who to this day still asks me, “Why did you say that Daddy had a LITTLE accident?” (I was minimizing the accident and didn’t really know what happened).

But some good came out of THAT day as well. So many charities and organizations supported us at a time we really needed it. So many doctors, nurses, hospital volunteers, patient advocates, patients themselves and their families went out of their way to reach out to us and we are still in touch with many of them today.

One day I will organize my thoughts and blog a bit more about the months proceeding the accident. But today I will leave you with this: I am grateful everyday that my husband is alive, that he will see our children grow, that he has come this far after such a devastating accident, that he continues to fight for his health and keep his body healthy, and that we will grow old together. 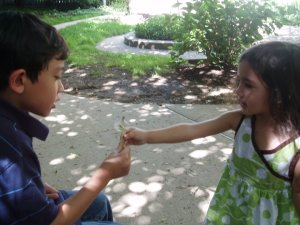